Real Estate in Greece...From the past to the future 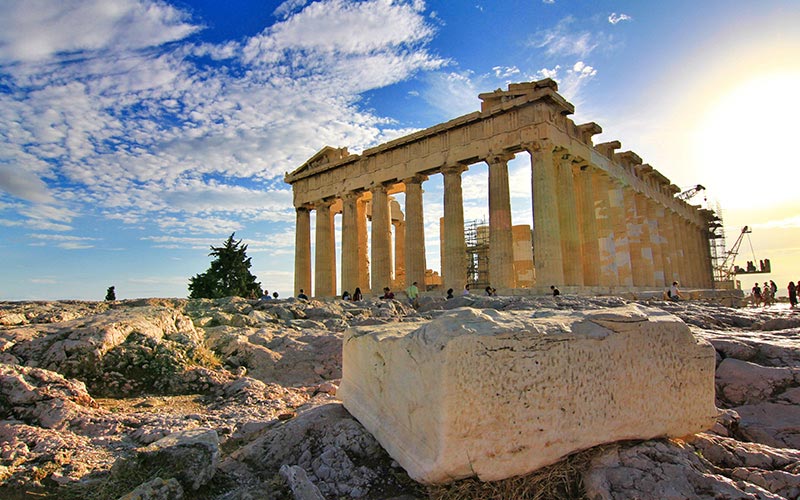 The Country’s economy model proved inadequate and as a result failed almost ten years ago, leading traditional favored sectors, such as construction industry, to collapse during recession years.

The prosperity of the middle class in Greece in combination with some stereotypes of the Greek society were the two main reasons for the growth of the construction sector before the crisis. The dream of the average Greek citizen was to buy a property for his family and if it was possible to ensure his children’s future through a house purchase. Therefore even though the supply of new houses was huge always the demand managed to absorb it.

Back to these days, bank system was also strengthening real estate demand by lending money for housing loans with low interest rates and long period repayments. At the same time huge commercials and advertising campaigns supported this investment. Moreover banks were considering property as a really secure asset, loaning companies and individuals a lot of money based on their bank collateral with real estate without caring at all on their project plan.

Furthermore, during that period, real estate was treated with special care by governments because Greek society was really sensitive with this matter. In contrast with the majority of European countries there was no taxation on holding properties in Greece.  Even more laws, regulations and procedures were not implemented strictly and Greek citizens often bend them to save money and time.

Finally the entry of immigrants from the neighboring countries after the collapse of Soviet Union in the early 90s offered cheap workforce and launched construction activity, transforming it in one of the most vital industries of the country.

PHASE 2 - “REAL ESTATE IN GREECE DURING THE CRISIS”

Middle class in Greece was affected the most from the crisis which started in 2010. Consequently construction sector failed as it was based on their prosperity. For several years insecurity was spread everywhere. Salaries allowances and pensions were cut, taxations increased dramatically, banks collapsed, businessess bankrupted and people lost their jobs. Society was in panic and helpless to deal with all this pressure.

Greek government needed to collect money straight forward and real estate was the easy target. Most Greeks had already capitalized their profit in real estate which could be easily detected from the authorities. As a result high taxation was imposed to properties making them repulsive.

Furthermore due to the memorandum signed between Greece and European Union that aim to change the structure of the country and convert it in a modern European country, laws were changing fast causing uncertainties, making long term business plans to look more like a guess rather than strategy. Regulations became stricter, procedures more complicated and design requirements increased. From then on it was a harder and time consuming task to design and construct a building.

Meanwhile consumption culture has been changed. Over the past decades purchasing power was possessed by people whose first priority and dream was to acquire a property, while currently the prevailing idea is that “you only live once”. People prefer to spend money for a better lifestyle and more experience rather than save them to invest in real estate.

However real estate in Greece has started to recover even though banks do not support it, t taxation is not attractive and Greek middle class still remains poor and weak. The driving force responsible for this change is the interest of overseas citizens to the Greek real estate market.

The main tool is the “Golden visa program” being one of the most competitive resident permit programs in Europe, providing residency to overseas citizens and their families just by buying one or more properties, the price of which is equal or over 250K euros. At the same time Greece remains a top tourist location with beautiful islands, perfect climate and landscape, a safe country member of European Union and European Monetary Union. Beneficiaries of the program can travel along Europe, while the real estate market itself is very attractive compared to that of the rest developed European countries.