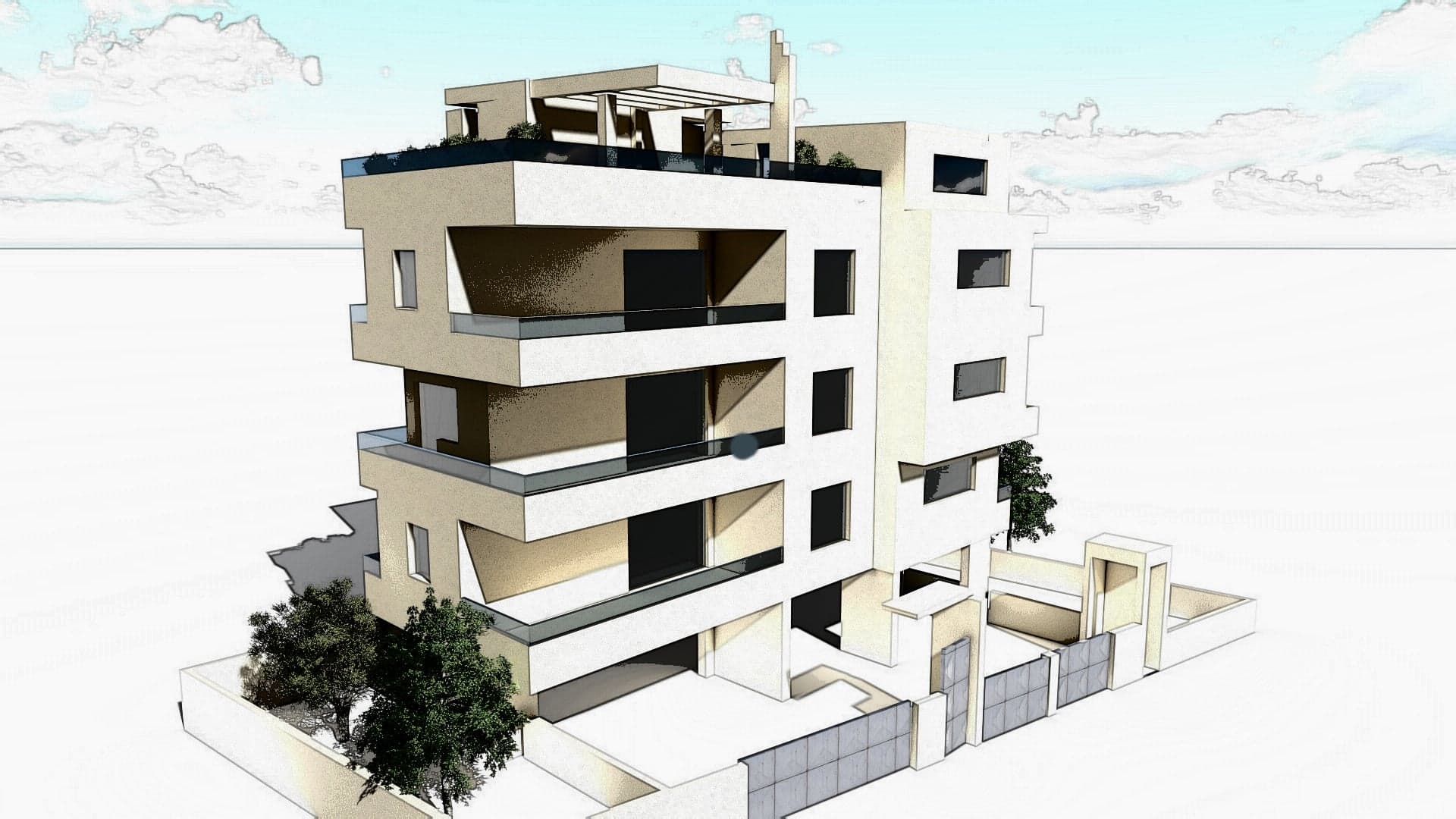 This article refers to gconstructions new upcoming project which is located in Agiou Thoma 30, Marousi, Athens. It is about a three storey building on piloti with basement and roof with solar panels.

After a long engagement with construction and real estate the company is very careful with its choices: all projects are very well examined and wisely selected.

“AGIOU THOMA 30” is a small scale development for gconstructions standards… what makes it so special?

While all northern suburbs are considered by Athenians as a top location for living because they are quiet with plenty of space and green areas, Marousi [f1] has managed to combine northern suburbs benefits with all amenities and the style modern life, being one of the most desired areas for living in the country.

-10 munities walk from the interchange station of Neratziotissa which connects Marousi with the metro network of Athens and the suburban railway that takes you directly to Athens airport and port.

-10 minutes walk from the greater shopping malls and super markets. “Mall of Athens”, “Golden Hall”, “Avenue” are the best in the country and all are at a less than a kilometer distance.

- 6 minutes’ walk from OAKA, the main Olympic complex of Athens Olympic games 2004, full of sports facilities and free space where big events also take place there such as important concerts and sport games.

-1 minute by car to Kifissia’s avenue that connects northern suburbs of Athens with the city center (25 munities) and the south suburbs.

-2 minutes by car from “L. Kifisia ring” which is the main highway interchange connecting Kifisias Avenue with Attiki Odo which in its turn connects Marousi with Athens Airport (20 minutes) and country’s national highways (5 minutes).

-5 minutes from the best private or public hospitals in the country. Ygeia and Iatriko Athinon are in 2km from the plot.

-15-40 minutes from the most important international schools in the country…. all of the schools provide school bus that serve the area of Marousi.

As engineers and after forty years’ of experience in the field of residential construction we are able enough to discern that this piece of land has great orientation and a perfect shape providing countless flexibilities for a quality bioclimatic architectural design. Thus we decided to take design very seriously making a group of very talented engineers.

The building consists of Basement, Piloti, Floor A, B, C and an attic with roof garden that functions with floor C as maisonette.

The building is designed along Agiou Thoma str. having its large façade to the south. Kitchen, dining room, living room and the master bedroom all have access to the south through openings. The main balcony of each floor is in the south side as well, letting users to enjoy Greek warm climate most of the year while at the same time balconies function as shades for the properties below during hot summer middays.

The building is not in contact with other construction allowing architectural synthesis with recesses and protrusions of volumes on façades by using “erker” technique.

For each floor there is just one apartment permitting all the rooms of the building to have access outdoor through a window ensuring sun light and fresh air everywhere. Opening positions are premeditated in a way to provide natural cooling during hot summer period.

Structurally the building is designed as a reinforced concrete earthquake resisting structure according to Eurocodes.

The building has been designed as energy efficient building being ranked as an “A+” according to KENAK regulations. Specifically for the passive design of the building the orientation has been taken into account so as openings to be at the right place and size. A shell of expanded polystyrene 10cm to 25cm thick in combination with energy efficient widow frames and glasses preserve the internal temperature of the apartments passively. Moreover attic’s roof will be utilized in such a way that it will have solar panels installed for heating the water, another  fact proving the building’s green energy properties, covering part of the consumption. Finally energy efficient heating and cooling system have been taken into account for the mechanical scheme.