Why do the Athenians love Pangrati? 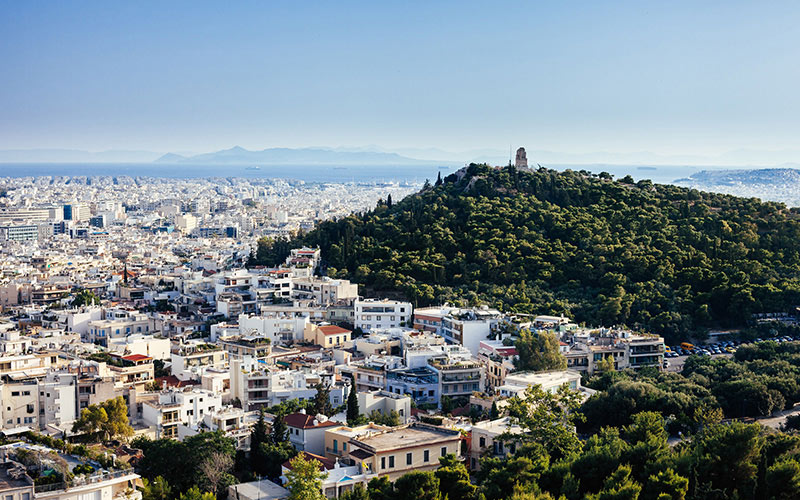 Because the opposite would be simply impossible!! How not to love an area so modern but at the same time so intertemporal, so lively but still so peaceful  with the tranquility that you are looking for during the beautiful nights of December, so close to the center but not full of dull and lifeless apartment buildings. For those who read this article and do not know this area, Pangrati is a neighborhood in Central Athens, just 10 minutes from Syntagma Square but for us it is a place in our hearts.

And why does this happen? How can it be modern and at the same time so intertemporal?

First of all, it is the history of this area. Since the interwar period, Pangrati has become the center of entertainment, services, markets and culture. Specifically, the National Art Gallery is a museum of visual arts, founded in 1900, located in Pangrati and covers the period of artistic creation in Greece from the post-Byzantine period to the present day.

Organically linked to the National Glyptotheque, it is the largest and most important collection of Modern Greek art, with more than 15,000 works concentrated.

Also in Pangrati there is the Byzantine and Christian Museum which was founded in 1914 and is one of the oldest and largest museums in Greece. It has hosted more than 25,000 exhibits with unique collections of icons, sculptures, miniatures, frescoes, ceramics, textiles, manuscripts and copies of the 3rd century until the modern era. The exhibits come from the Greek and Balkan regions in general.

An even more distinctive feature is the Athens' oldest cinema at Hymettus Street, called “Palas”cinema, which has been operating since 1925.

Heading back to 329 BC the Panathenaic Stadium was built which is also known as Kallimarmaro, where until today it is considered one of the most important sights of Athens: the stadium hosted the Olympic Games in 1875, the final of European Cups  in 1967-68 and other major events.

Finally, there are important sights in the area such as the National Research Foundation and the Athens First Cemetery, while the Athens Conservatory, the Officers' Club and the War Museum are within walking distance.

And what do we mean so lively, but still so peaceful?

On the one hand, Pangrati can be a busy place, as on the main streets of the area, but even on the small ones you can find, small and big shops, either for drinking a fragrant coffee or eating a traditional meal, or even more going out for a drink, dancing and flirting until the morning. All these of course have a common denominator: good taste, careful aesthetics and substantive content. A walk in the area will convince immediately the traveler making him realize that some shops stand out of the ordinary.

One of them is “Colibri” a homemade pizzeria, the flavors of which, travel each customer to Italy. In the same style we find “Mystic pizza” with the only change that this pizzeria does not travel the customer to Italy but to the Netherlands as it is probably the only pizza in Athens that contains cannabis. And of course it would be a failure not to mention Falafel in Baba Ghanoush. They have been named "The Most Tasty Falafel on Greek Land". The shops worth to visit are also, “Geppetto The Bar”, “Κατσούρμπος”,  “Sapou” , “Trattoria Italia d' Onofrio” , “Tapasbar & kitchen” and “ Flamingo”. For the lovers of quality music in Pangrati there is also “Half Note Jazz Club” an intimate club hosting jazz, blues & world music from local and well-known international artists.

On the other hand, it could be called a quiet area as many families choose to stay in Pangrati. And because the word quiet is not enough for the reader to understand what we want to say, the word neighborhood may help more. So we are talking about a peaceful and safe neighborhood that allows its inhabitants to get to know each other, to exchange ideas, opinions and beliefs and even food and sweets. It is also often seen to leave unaccompanied children playing freely in parks and squares, even today that times are considered difficult and dangerous. And when the sun falls all, young and old return to their homes to enjoy family warmth. It is the moment of the day when the streets are more desolate but not the area itself, because voices and laughs are heard from the houses.

So close to the center but not full of dull and lifeless apartment buildings?

The answer to this question is that an area is marked alive also by its parks, its squares and recreational parks and sports facilities. For the first time, the Organization for Culture, Sport and Youth of the Municipality of Athens, in order to make sport amenities accessible to all residents of the city, created an outdoor sports park with modern fitness equipment, specially designed for aerobic exercise and muscular empowerment, in Pangrati. Outdoor sports parks - European standards - remain open at all times of the day, all year round, combining entertainment and free sports, to all age groups of citizens who want to do sports. Furthermore, Pangrati grove was planted in 1908 by the Friendship Forest Union with the care of Queen Sophia, which was particularly careful of the greenery of Athens. The grove has a total area of ​​30 acres. And finally, Pangrati is its SQUARES. Pangrati is probably the only area in Athens that has so many squares gathered in so few square kilometers. Mesolongiou, Plastira, Deliolani, Barnabas, and Fountain: all of them are the landmarks of Pangrati, all of them are part of the modern history of the region, all of them have been "victims" of the notorious gentrification, knowing moments of glory. Each square another fragrance, a different universe.

Maybe now, is it time to visit Pangrati?